One of the things I love about Mexican food is that it lends itself well to garden-stuff. Pretty much anything I find in my yard, I can convert into a Mexican dish. I had some cilantro that came up unexpectedly, and some rogue green onions that wintered over, as well as some lettuce, so I thought tonight would be a perfect evening for some light south-of-the-border fare.

There's a nice Mexican restaurant around the corner from us called Senor Patron, and it's run by the parents of one of my daughter's classmates. The family hasn't been here in the US long, but they've managed to create a family-friendly environment with a patio that features live music, all while serving up authentic Mexican cuisine -- a far cry from the crap you get at Corporate Mexican Restaurants. My favorite dish there is the tortillas pollo, which has shredded chicken on a corn tortilla. Anyway, tonight I whipped up a rough approximation of this menu item, along with some amazing tomatillo salsa and guacamole on the side. I called it pollo patron in honor of the Rodriguez family's restaurant. Here's how to make it:

Boil up your chicken breasts. I used about a pound and a half, since I didn't know if the Elder Heathen and the Boyfriend would be joining us for dinner. 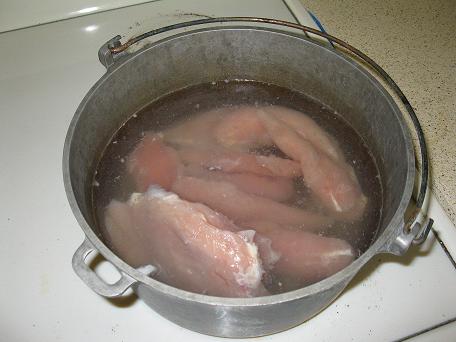 While your chicken is boiling, chop up a couple of tomatoes, some tomatillos, and onions. Combine them in a bowl, along with some corn, cilantro, salt, pepper, cumin, lime juice, and cayenne. 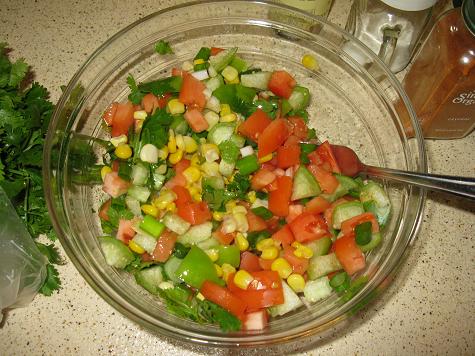 Once the chicken breast has boiled, sautee some garlic (which I happened to find in my compost bin, but you can use any kind you like) in olive oil, and add the chicken. Get it good and shredded. Add cilantro, cumin, onion powder, salt, and a dash of chili pepper. 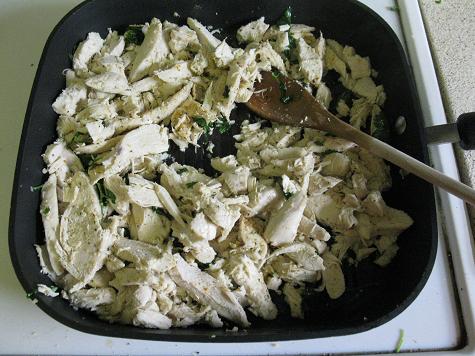 Mash up some avocados for your guacomole. I blended mine with lemon juice, salt, and about a half cup of the onion salsa I put up last fall. 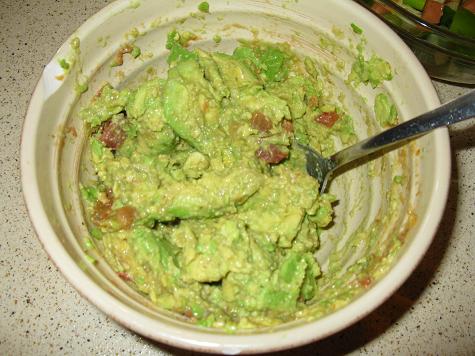 Shred some lettuce, grate some cheese, and get out the sour cream and salsa. 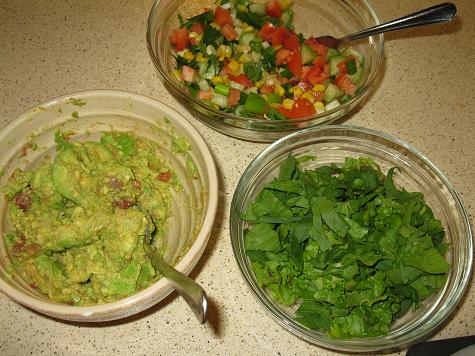 Pile the tortillas high with chicken, salsa, guacamole, and everything else you can think of. This served four of us, and there was enough left over for lunch tomorrow. 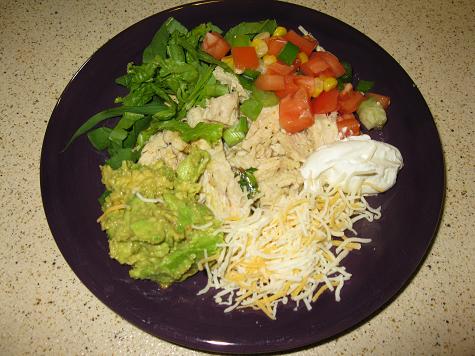