I have the feeling I'm diving into the deep end, and I can't swim as this my first attempt at a blog. Thank goodness for the spell checker, as a new member to Homegrown I'm happy to take this opportunity to introduce myself I immigrated to Canada from Scotland with my wife and daughter in 1966 and being an electrician had no trouble getting a job and to make a long story short I retired 36 years later. Thats when I got this urge to grow stuff I started with the easy crops like potatoes,radishes, carrots,lettuces,and the likes. this all seemed very strange when I considered my childhood was spent in the concrete jungle that was the tenement housing of the Gorbles district of Glasgow. 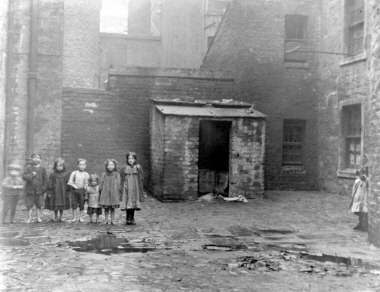 After a few years of the easy crops I moved up to tomatoes,thats when I found out there was more to dropping a few seed in the ground and hopping for the best. At first every thing was fine the plants grew big and strong, tomatoes formed and then just about the time I was about to try one, the black spot started to appear on the bottom of the fruit, or is it a veg. My neighbor on close inspection declared it was the blight. For the next few years I grew blighty tomatoes, and then I gave up.I know there is someone out there that could tell me what I did wrong and if you tell me the secret I will show a nice crop in a blog around September 2012   Norm.

Welcome to Homegrown, Norm! I don't use this site as often as I should. I'm still new to this gardening thing myself (at least as an adult) and currently live in the concrete jungle and have a small community garden plot. I wish I knew what causes blight or how to fix it! I keep reading that the health of the soil is key--healthy soil makes healthy plants less prone to disease. Apparently getting the soil healthy is as much of an art as a science.

Anyhoo, an interesting tidbit--my husband immigrated to the States from Scotland (Paisley) just a little over two years ago! We decided to live in Southern California for the lovely weather. Too much rain and cold in the ol' Glasgow area, but still such a lovely country.

Comment by Norman Saunderson on October 26, 2011 at 2:32pm
Hi. frugal I hope I'm not repeating myself but I hit the wrong key and the message vanished,thanks for the suggestion I will take a soil sample to the garden shop and have them analysis it. anyhoo your husband is what we Glaswegians   call a Paisley Buddy happy blogging Norm Saunderson

It definitely does not sound like the "blight" (what I'm guessing you are referring to is "late blight" or phytopthora infestans)  It sounds a heck of a lot more like blossom end rot, which is a nutrient deficiency.   I would have your soil tested and have your local/county extension officer make recommendations for fertilizer.

Late blight does not generally appear every year (thank goodness) and generally looks like grey lesions on the stems followed by brownish sunken in spots on the fruit, not just on the bottom.

Comment by George Gobble on October 26, 2011 at 4:29pm
I agree with Shira sounds like blossom end rot to me also. It is caused by lack of calcium (lime) in the soil maybe to much fertilizer causing rapid growth and to little or to much water. You only need about 1 inch of water a week unless it is very dry. Getting a soil sample is the best way to see what your soil really needs and most of the time (Virginia does- cost $10) they will tell you how much of whatever you need to put on your garden.

Comment by Norman Saunderson on October 26, 2011 at 6:20pm
Thanks Shira I will take your advice and have the soil tested, who new tomatoes needed calcium!

Comment by Norman Saunderson on October 26, 2011 at 6:23pm
Thanks George I'm going to take you and Shira's advice  and have the soil tested