A smoker is a wonderful piece of equipment.  We use it as an extension of our kitchen, and on hot summer evenings, it is a great way to have the cooking take place outside on the patio, rather than heating up the kitchen.  For those of you who are not familiar with a smoker, it is a device that allows you to control the temperature (typically within the 200F – 300F range) while cooking over heat/fire that generates smoke which is intended to permeate the food you are cooking.  Ribs, loins,…

I was looking to lighten up the richness of my Green and Gold Basil Tomato Tart, so I came up with this recipe.  I combined arugula pesto (recipe from the amazing Farmer John's Real Dirt on Vegetables cookbook I got from our old CSA, Blenheim Organic Gardens) with marinated artichokes and olives. 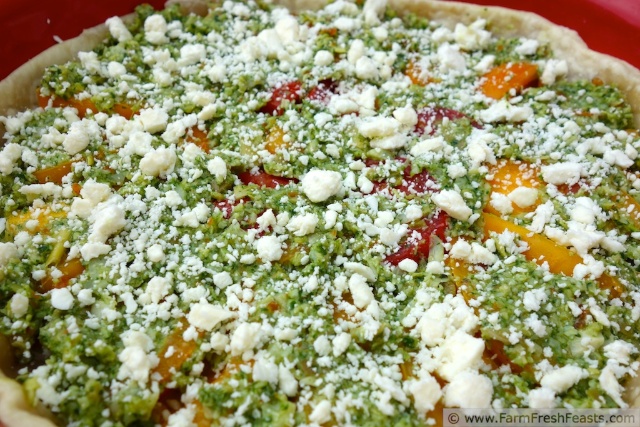 I love eggplant when it's crunchy and cheesy.  My kids don't share in that love--they like it roasted and pureed into spaghetti sauce.  Usually all our farm share eggplant becomes sauce, but this time I wanted to try something different--and here's the result: 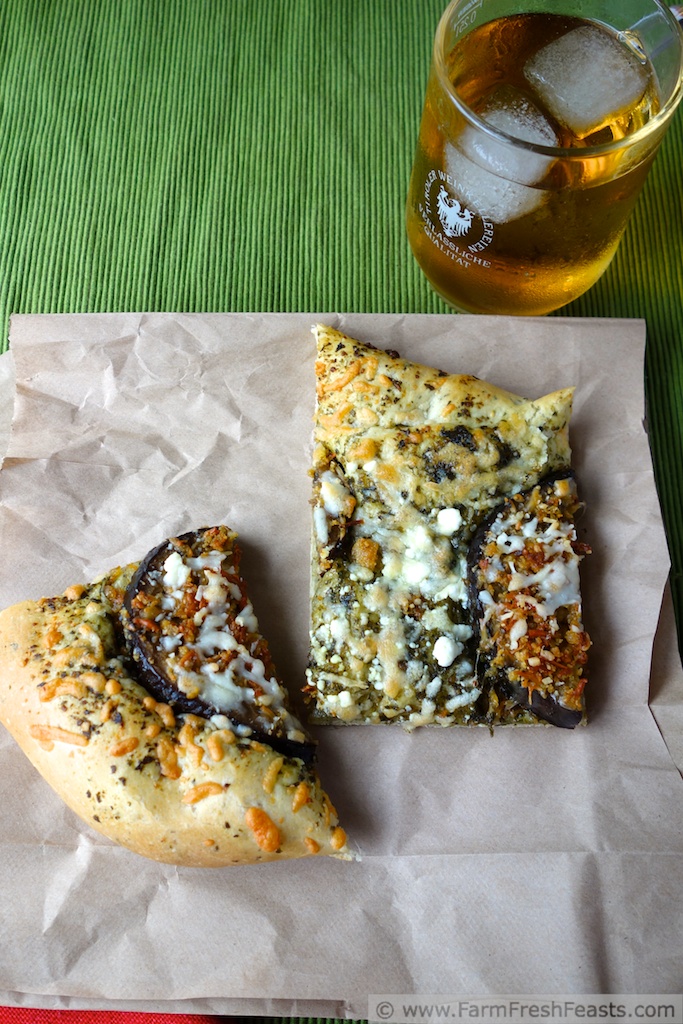 In the heat of the summer, it's terrific to pick up the farm share, grab a knife, and sit down to a wonderful cool crunchy dinner a few minutes later.  This makes a terrific easy dinner for one or appetizer for two--no oven required. 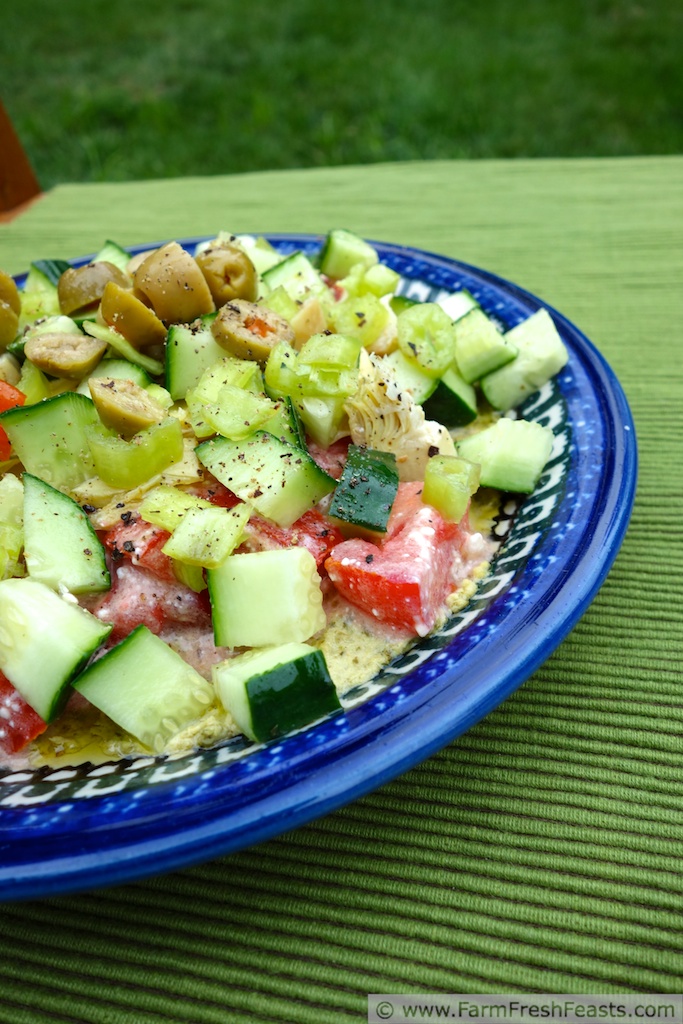 I combined frozen shredded squash and corn with half a pound of ground pork to make a tasty green enchilada: 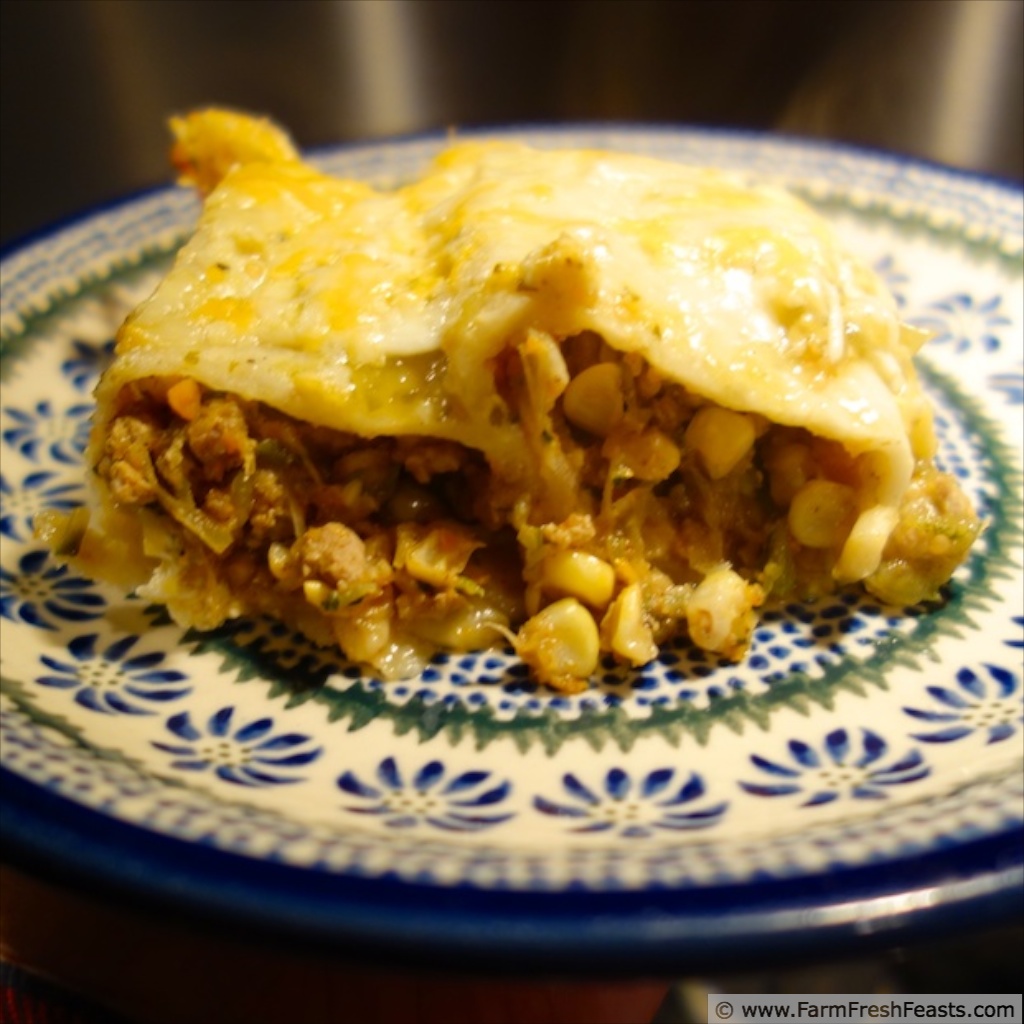 Cooking on the Homestead--A FREE E-book

Today, I have a freebie for you!

It's my own e-book, Cooking on the Homestead.

This book is full of all the great cooking posts that you have grown to love here at Everything Home plus. It has over 35 pages of homestead kitchen know-how with pictures to illustrate.

As much as I look forward to tomatoes every summer, when I get 4 quarts in the farm share it's a little bit overwhelming!

I made a nut-free fresh tomato pesto with some Sun Gold tomatoes, and used a bit of it on pizza. This recipe is one of my favorite quick snacks. Its quick, healthy, and so simple. Even the kids like it.. and they don't like much of anything! It calls for a few…
Continue

Baked Swai with Ricotta and Pesto

I'm always about getting good deals on food for my family.  When I picked up Swai fillets marked down at the grocery store I was overjoyed.  Simple things make me happy.

I made mozzarella and boy howdy there's a bunch whey left over when you make cheese!  I used the leftover whey to make ricotta cheese.

Combining cheese and my put up pesto makes a delicious…

On the way back from a trip to the Delmarva peninsula, we stopped at Adams Farm Stand.  I was telling my daughter that I'd been going to Adams since I was a girl.  the Adams family will celebrate the 50th anniversary of their farm market next year.  One of my favorite ripe Delaware produce to enjoy is peaches.  … 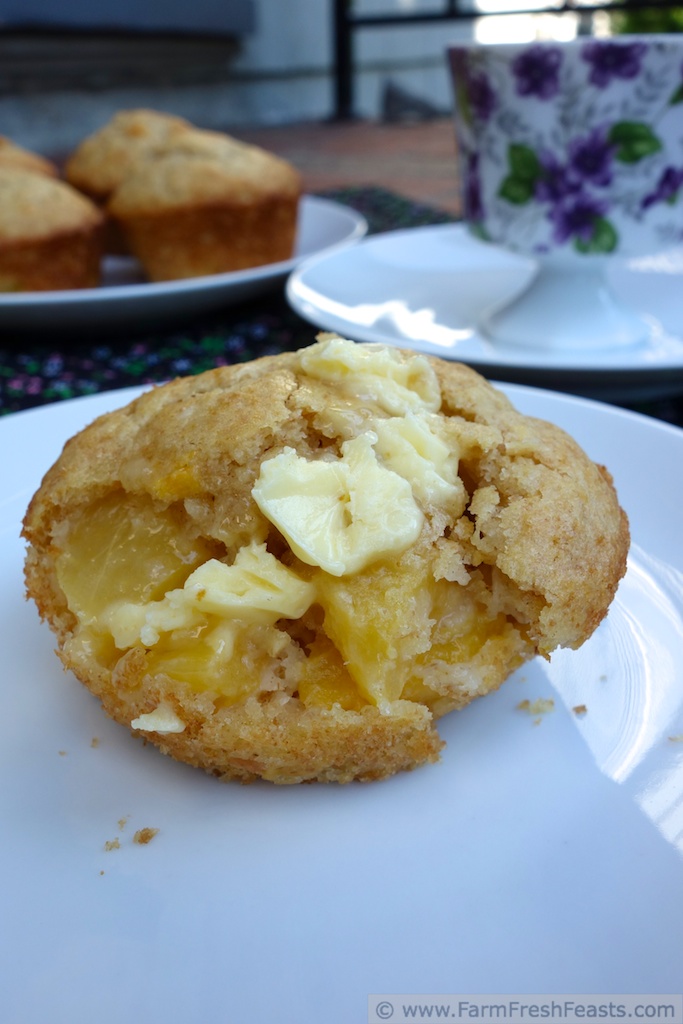 We don't grill as much as many people do in the summer, but we always grill some veggies.  Then we have leftover grilled veggies!  Here's a tasty way to turn leftovers into a fast and easy pizza. 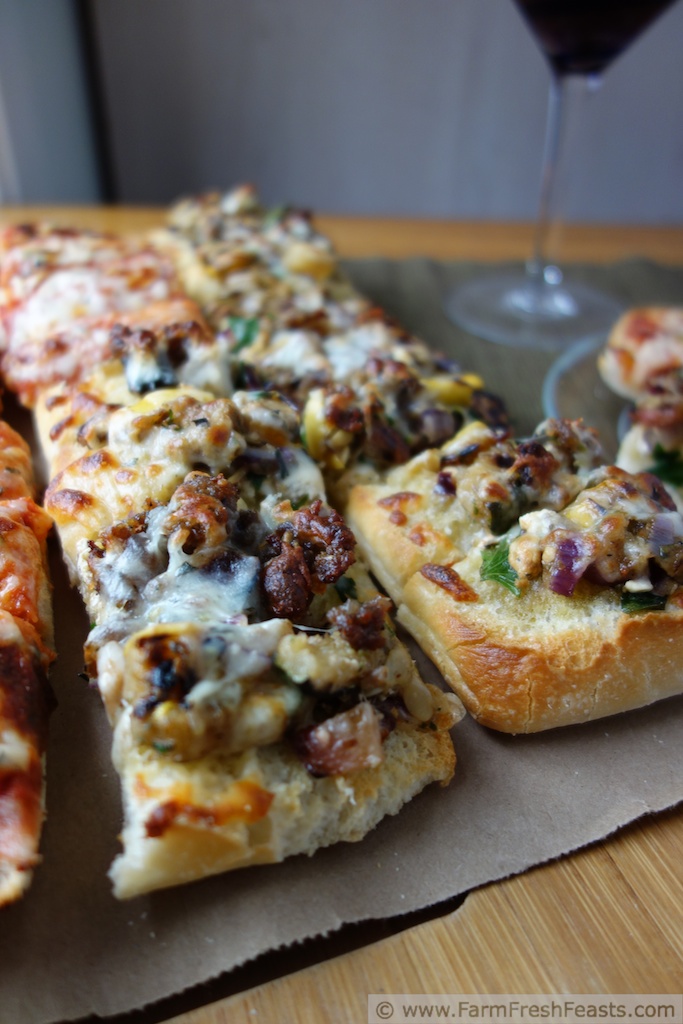 I'd like to share a recipe I got from a cookbook I was given--Carrie's Experimental Kitchen, A Collection of Mediterranean-Inspired Recipes.  Her recipe for green beans like from Outback Steakhouse sounded good to me, so I adapted it to make a vegan and gluten free side dish that even my kids enjoyed. 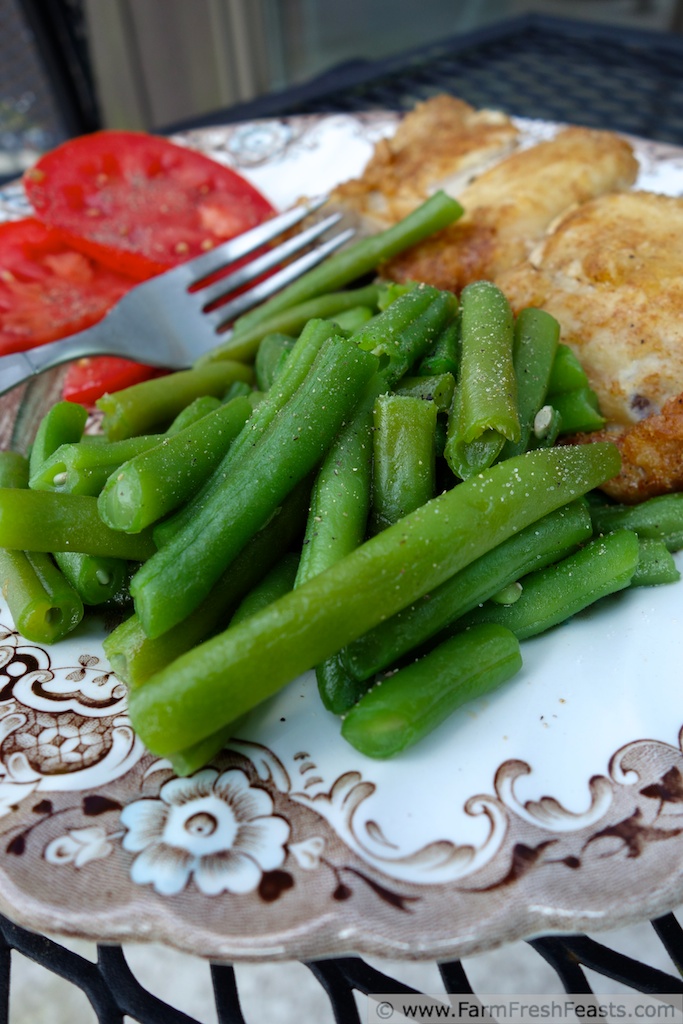 We are starting a NEW party here at Mary's Kitchen every Friday.
Join us Friday, August 16th for the very first party!…

Originally posted at Back to the Basics

It's Going to Be An Active August!

Well, the inspections for the bank and local municipality have been completed, and all of our rehab work has been approved! We're just waiting on the final disbursement check so that we can pay our roofer. It has been quite the ordeal, but well worth it a little headache and a lot of elbow grease in the end!

I had mentioned before that our riding lawnmower had quit... Well, this past weekend, we were given a riding mower, which we desperately needed, as "payment" from a friend of ours…

Wow! Did not realize it had been so long since my last post! We have been having copious amounts of rain, it has removed my lane from existence three times now. My two remaining Hens (areaconas) are laying very regularly, my cantaloupe and watermelon are almost ready, the eggplants my wife wants to pick , but I want to let stay until they are about 2 more inches around, they are larger than a softball, but I believe they can still get some more growth. Peas are ready to pick a couple…

Wow! Did not realize it had been so long since my last post! We have been having copious amounts of rain, it has removed my lane from existence three times now. My two remaining Hens (areaconas) are laying very regularly, my cantaloupe and watermelon are almost ready, the eggplants my wife wants to pick , but I want to let stay until they are about 2 more inches around, they are larger than a softball, but I believe they can still get some more growth. Peas are ready to pick a couple…

Cucumber Salsa in my CSA box

My CSA box (next one due tomorrow afternoon) has had some beautiful cucumbers and tomatoes.