Greetings, new friends here at the HomeGrown network! I wanted to invite you to an upcoming NOFA event, and I hope that you will let your various circles know all about it .

Relax! Have a Homebrew! 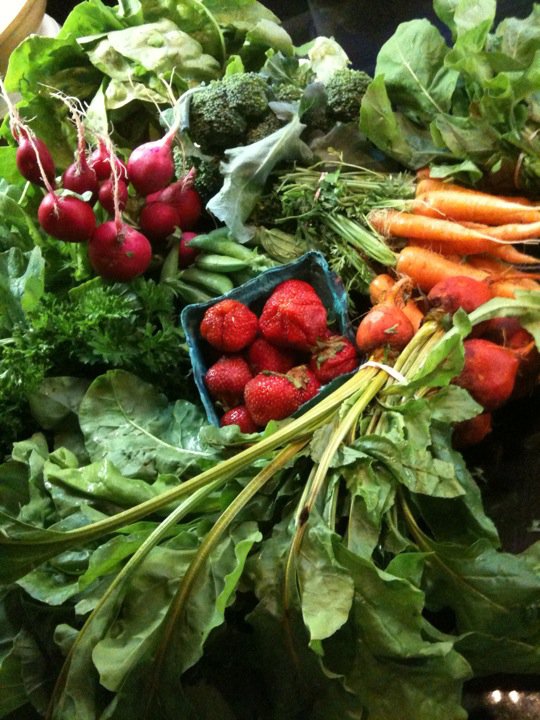 With all the rain we've been having here in Central Wisconsin, the peppers are getting pretty soggy but the lettuces and cabbage look good. Still no sign of caterpillars on anything! The pigs (Red and Spot) are set to go off to the great pasture in the sky in two weeks, having feasted on goat milk, grain, bakery scraps from our little Cafe and pasture. … 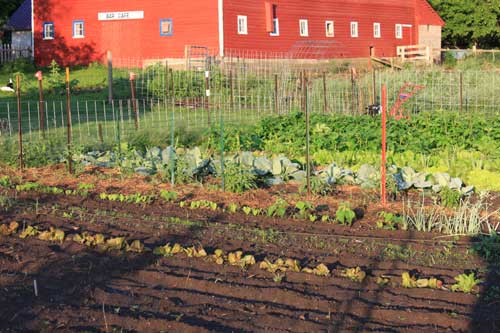 (Or otherwise known as: The Sandwich Which is God’s Compensation for the Heat in Texas…)

And sweet compensation is it! It’s no small matter to taste the broiling sun in the juice of a tomato, or to sense the coolness of the shade coming off an eggplant, or to brush clumps of local grit off an onion… And peppers! Don’t get me started on the… 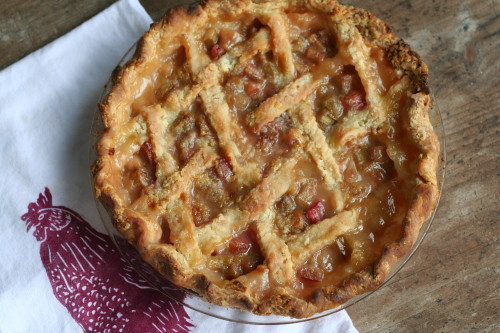 Rhubarb Pie recipe courtesy of Tammy at Food on the Food blog (a must-read for me). 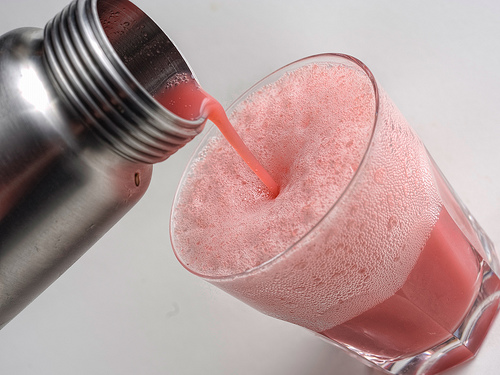 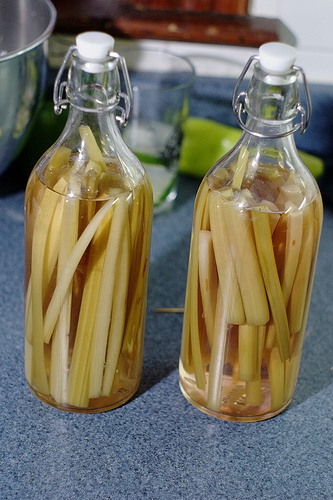 The summer solstice just passed and the garden is now kicking ass after a slow Spring start. I had doubts as to the survival of many of my starts but are now 100% healthy and growing.

I have three kind of potatoes, LaRatt, a French fingerling potato, a purple potato and a yellow potato and a few volunteer whites from last year that I didn't have the heart to uproot when they looked so promising. I have been stealing a few of the whites and seem better than last year. Next is the two… 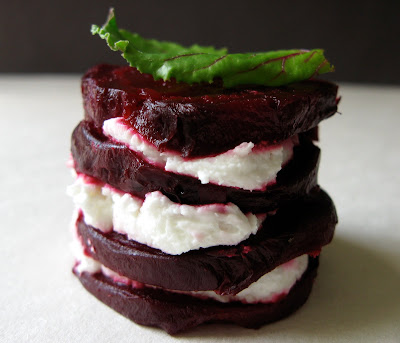 Lately, I have been on a bit of a local chevre streak. I consider local, hand crafted cheese a true treat, and goat cheese is special in how easily it pairs with just about everything. It's also easy to digest in comparison to other pasteurized cheeses, due to the lack of homogenization (most often applied to milk from cows to distribute fat). Additionally, goat milk is made up… Continue

OK, admittedly I don't bake it daily, but it sure is a regular occurrence around here. For the past year and a half I've been baking my own bread, because I have a gluten sensitivity. There are commercially produced gluten-free breads available, made from tapioca flour, brown rice, and some other stuff, but frankly, they just aren't that good. For $5 a loaf, I expect my bread to taste like more than packing foam. 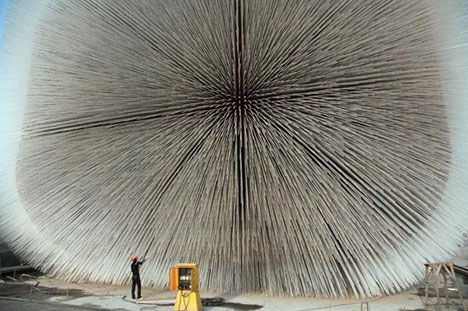 Since we live in a rental house, I wanted to make a compost bin that I could easily move when we buy a house. After looking at the expensive plastic barrel style models, I chose to make a compost bin out of a trash can and saved myself about $100. To mix, I simply roll the can around for a couple of minutes. In order to turn the ordinary trash can into a compost bin, all I had to do was drill holes in the bottom and sides of the can. I placed the can on bricks to allow drainage from the…

State of the Garden 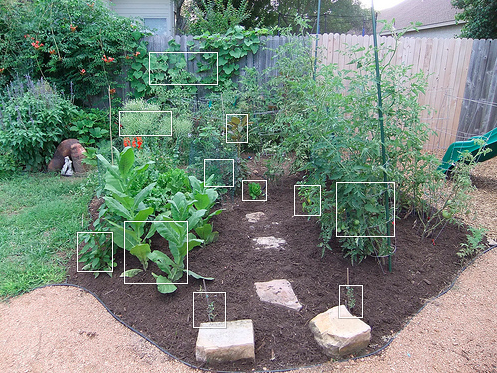 Here's what's currently growing in one of my gardens. Visit the FLICKR page to see the tags.
What does you garden look like today? Post a picture!
[originally posted at…
Continue

One of the things I love about Mexican food is that it lends itself well to garden-stuff. Pretty much anything I find in my yard, I can convert into a Mexican dish. I had some cilantro that came up unexpectedly, and some rogue green onions that wintered over, as well as some lettuce, so I thought tonight would be a perfect evening for some light south-of-the-border fare.

There's a nice Mexican restaurant around the corner from us called Senor Patron, and it's run by the…

Smiles Davis – kinda hard to pin her down. She fights back when picked on but otherwise just hangs out. I wasn't having a…

I mentioned to a friend the other day that I have a rain barrel in my garden, and she replied that she was going to buy one over the Big Home Improvement Store for around $75, because it was on sale. I told her that I had made mine for about $20 last summer. It sits beneath the downspout at the rear of the house, and one good rainstorm will fill up all fifty gallons. I have a hose coming out of the bottom so I can use it to water plants -- because it's sitting up on four concrete blocks,…

Went outside to weed and discovered that it was time to start pickin' the pickables. Brought in this basket full of chives, sage, mint, young kale, fresh mustard greens, organo, and a few strawberries. The strawberries never made it inside. 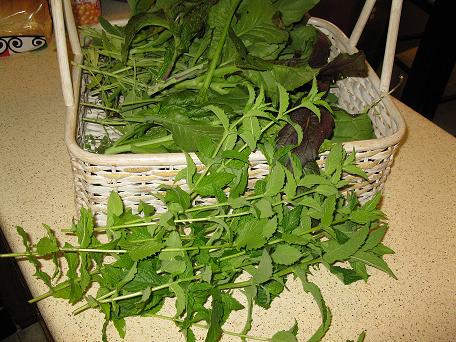 In my dreams, I live in a rustic cabin far from the madding crowd. I have several acres of forested land, as well as a few acres which have been tilled for my numerous gardens. There's a greenhouse and a pond, a pole barn with a couple of sweet little Nubian goats, a coop of chickens who happily lay me eggs each day, an orchard full of fruit trees, and a pond where my children can fish. In my dreams, I make everything from scratch, I live off the grid, and life is good.

Things are absolutely poppin on the Nola Farm. Since I last checked in with Homegrown big things have happened. First, we finally got our chickens moved into their brand new home on the farm and they are loving life. Plenty of room to run and play, a fresh bed of soil to take dust baths in and a garden full of juicy worms and bugs to eat all day. It's a beautiful thing. They are totally made for farming. The chickens are too light to crush your veggies and as they walk through your beds they… Continue

When the news gets me down, the garden & kitchen are my magic place 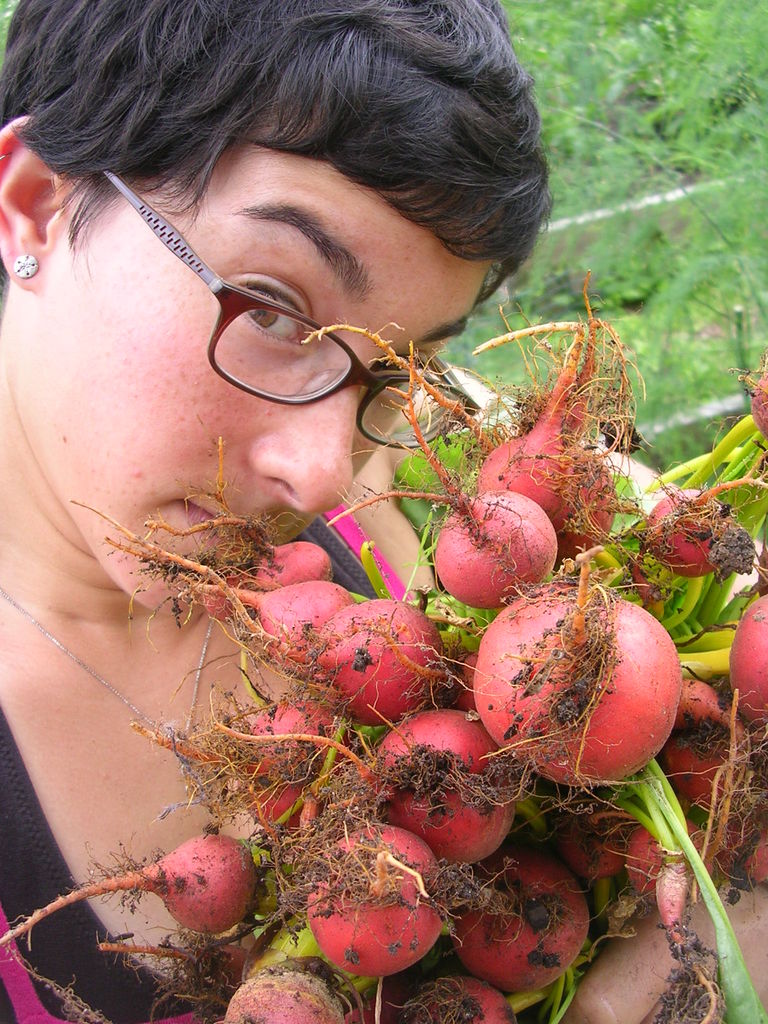 Some sad news in Baltimore over the last weekend plus the usual global issues.. the garden and kitchen become my place to be a part of what I feel is right in this world.

This past weekend I harvested much of the spring crops: golden and bull's blood beets, fennel, and…