So, Saturday, finally figured out one of the missed calls I got on Wednesday was from Sonic. Apparently, they did not care enough to leave a message, and naturally when I called them, my battery died. My youngest may be right. It might be a good idea to reinvest in a landline, and put my old corded phones back to work. At least they can't die partway through a call! Also, lunch rush is probably a bad time to call a Sonic anyhow. The other number remains an…

milk or water or buttermilk  to make a thick batter.  the batter should be thick enough to make into balls

form balls with your hands and drop into oil, fry until golden brown.

Sixteen ways to save money on organic foods

Yes, organic foods do often come with a higher price tag. The more you're willing to work and be creative, the lower that price can get, though. With the help of a lot of creative strategies, you can eat delicious organic meals at less than your neighbors spend on drive-through.

Everybody knows some of… 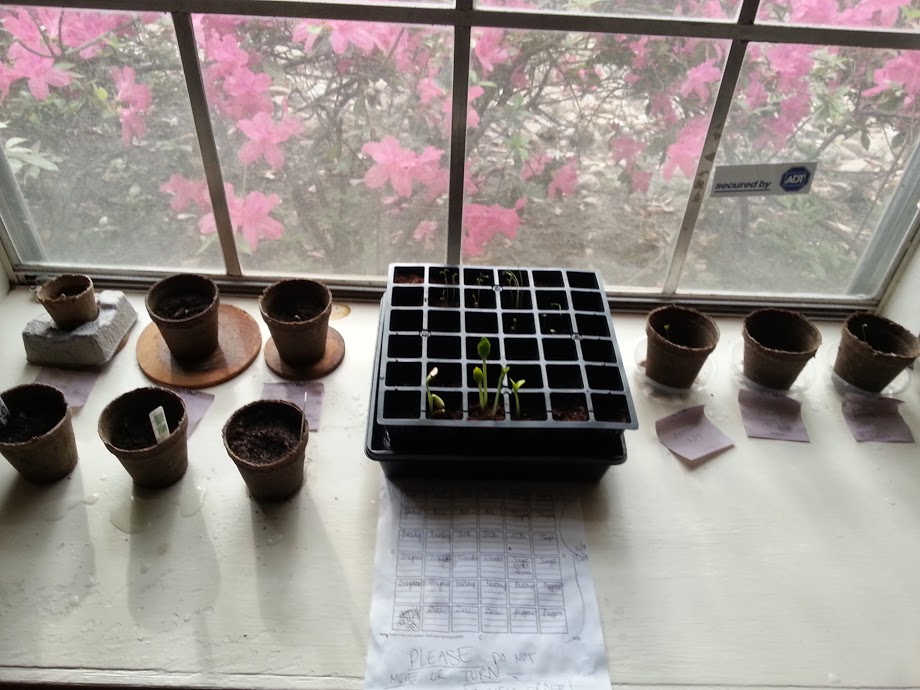 Hello, all! This is the first Spring I am planting in my own garden, so I am very excited for the coming months.  Before now, I lived for many years in urban environments like New York and New Jersey, and although it’s not impossible to live sustainably there (think: vertical farming on a patio), it proved difficult for the types of yields we wanted.  Shown are about a…

Went to a local grocery store to pick up a few things to go with my fish salad and had sticker shock!! $3.99 for a box of no name crackers!!!! Came home, took 2 cups of whole wheat flour, 1/2 tsp of salt, 1/3 cup of olive oil, 2/3 cup of warm water, mixed rolled out dough on a baking sheet, cut with pizza cutter, baked @400deg F for 15 minutes. Total time: 30 minutes start to finish, or less time than going to the grocery store. Wife loved them and wants more. Need to roll thinner across the… Continue 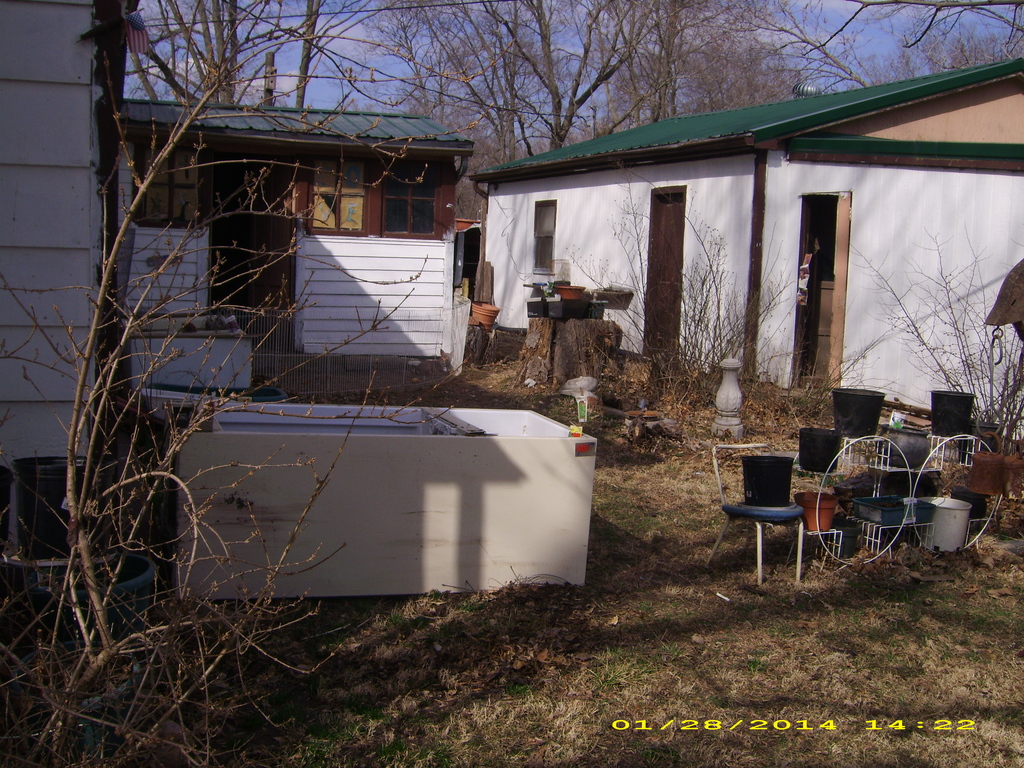 Okay then. Someone wanted a picture. And clearly, I need to have a discussion with the time/date thing on my camera, since I took this today.

So, to the front is the newest fridge bed, now planted with mini sweet peppers, radishes, argula, and leaf lettuce.

To its right, there are 3 of my larger pots. They are a bit hard to see, as they are…

Raked and raked a lot of leaves up today and burnt them. The burnt stuff will be divided between compost piles, the new fridge, and the potato towers. Dunno why, but the potatoes love the stuff. I'm sure there is a perfectly good gardening reason, but I don't really care what it is. Hack gardener!

There's been quite a lot of wind and horrifying weather switches. You know, the 72dF one day, the next you've got 2" of snow? Those.  Planted crap anyhow, because this is how I…

Am going to keep a blog about my first CSA.  Not just what I got but how it works out, maybe spend some time with the farmers you will be able to find it here

Hi Ashley, I took your dairy class at Squam last fall, I have been making my own yogurt ever since, love it. However my daughter likes a vanilla yogurt flavor and I don't usually add any flavor but was curious if I wanted to add a flavor at what point in the cooking process would I add and is it okay to add the liquid flavoring or should I add natural flavor for example vanilla bean or the extract. Thanks a lot

We have a 1935-ish Craftman house that was owned by a woman and her family for over 50 years previously. Her adult children sold it to us.  It has a lot of funny quirks but mostly it has had limited updates. This is good because that means we can afford the house..... but bad because we have very old fashioned and fairly unusable things around us.  Like the one bathroom, without and electric outlet. The only shower was the cinder block one in the basement.  Don't misunderstand, we are not…

I've been trying to get the large, sick, mocknut tree cut down from my backyard since we have lived here.  It has only been a little over 4 years but it houses many squirrels who decimate my garden and make it overly shady and unusable.  Removing the tree will also make it easier for the neighborhood hawks to pick off other garden ruiners like bunnies and voles.  The pest issue has become so bad I have decided to let the garden lay fallow this year.

We had to use the…

72 degrees yestarday, so I decided to make a batch of hickory smoked Idaho baking potatoes in Little Chief. I left them in the smoke for two hours and remain in the smoker until tender, about 2-3 hours. To prepare your potatoes, wash and leave the skin on, cut about a 1/4 inch thick, toss in a bowl of olive oil and seasoning of your choice. Cover your smoking racks with foil and perforate it. This keeps the slices from falling through the racks. When smoking the…