Heard this on a talk radio program:

Apply Peanut Butter or Gel Toothpaste to CD or DVD, and remember not to clean CD around in a circle, but wipe from inside to outside of CD.

Anyone ever try this? 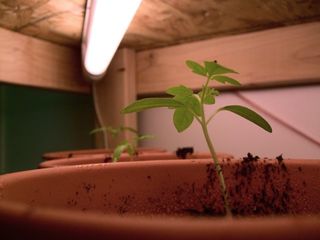 Bought some bulbs specific for plants and hooked them up to some cheap timers I had laying around the homestead. Then, I mounted the lights under the workbenches a made a month…

I am attempting to start my seedlings earlier this year, in hopes they will grow into heartier plants before I transplant them outside, and not so tasty to the dang groundhog who mowed down my first batch last year.

So far I have started:

Getting Ready to Order Seed and Such!

Well, we got the bad news this week- they've again tightened credit standards for mortgage loans, so no new farm for us for the time being. Hell with it, the longer we save, the faster we can pay it off and be totally debt free! While it's disappointing, my faith tells me that everything happens for a reason and in it's proper time. Perhaps that particular farm we first wanted is not where we are meant to be!

That all said, I'm preparing my seed orders for this year! I've decided to… Continue

Garlic, the medicine from your garden

I was hurtin' earlier this week. Thanks to good old fashioned rest, prayers, garlic and heavy doses of vitamin C I'm on the mend.

No doubt most of you have heard or read the wonders of garlic. I'm not going to go into all the great evidence that points to the efficacy of garlic. My intention is to share what worked for me and some other information… Continue 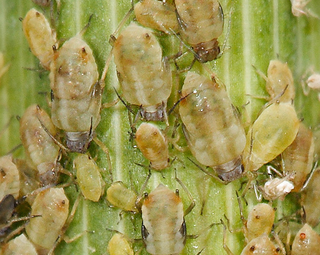 My kale and collards are still going strong, but I think I have more aphids than Charles Freck. When I first noticed them, I used a mild soap and a blast from the water hose to get rid of them, but they came back stronger.

I took it up a notch and started spraying w/ Neem, but they seem to like it, as they've multiplied greatly since I began using it.

The future of food

I tried to get the documentation "The Future of Food" in different Viedo stores in my area. Either I was told they were not allowed to sell or rent them or they weren't taken off the shelf(in my town through the owner of the grocry store). Finally I got a copy through a friend.
Now what can be done legally to make people aware about the food situation and how unhealthy it is to buy food in big stores?