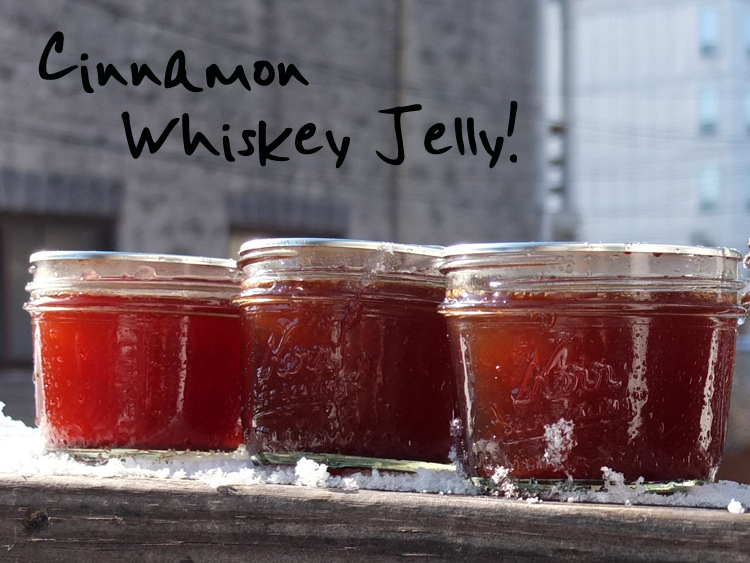 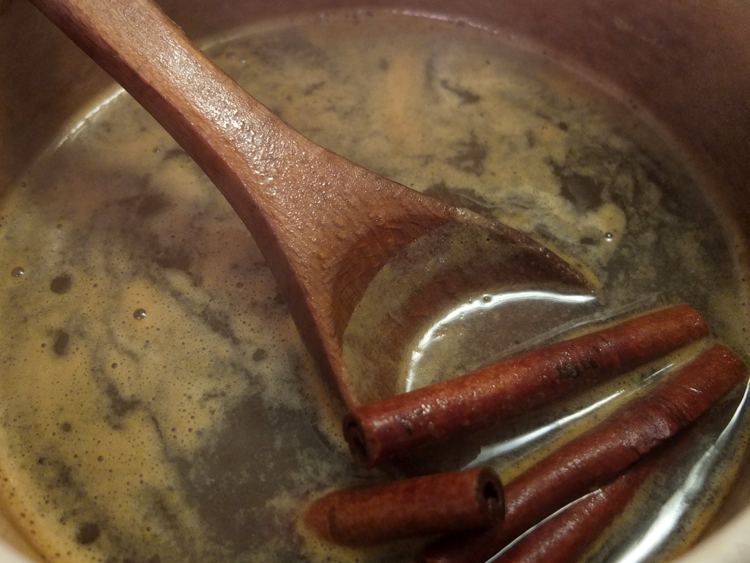 Remember those individually wrapped fireball candies? They were always conveniently priced and placed at the local pool, theater, arcade, or some other fun concession stand. The countless times…

A Dozen Superbowl Vegetable Appetizers from my CSA and Beyond 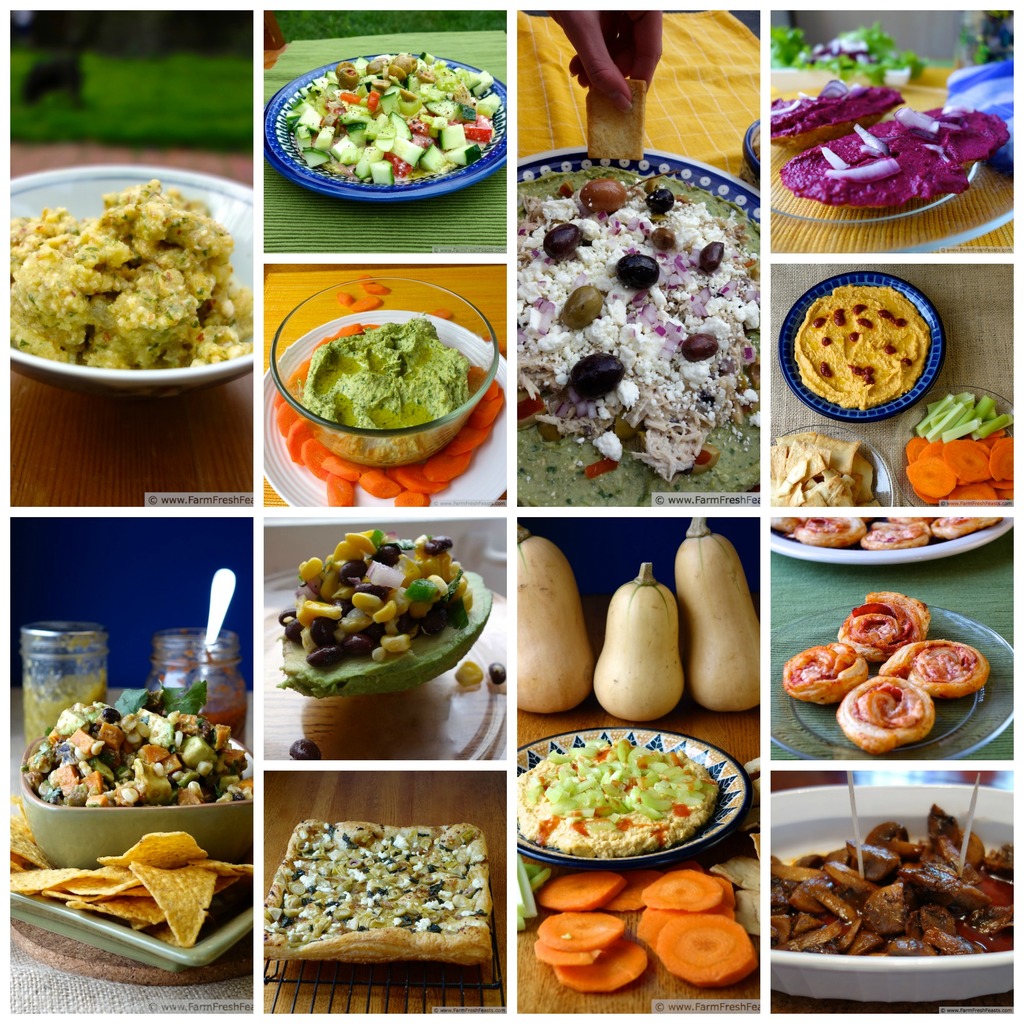 Instead of sharing a pile of individual posts I figured I'd round 'em all up in one post.

Originally posted @Back to the Basics

Originally posted @Back to the Basics

HOMEGROWN Life: Sticking Together—in Winter, in Goat Breeding, and in 2014

City Repair. Public Art in private spaces. Little Library.  I’m not sure what you would call it, but we completed our Posting Post this afternoon and it looks pretty fine.

For years, I’ve admired the City Repair Projects in Portland, where neighbors come together and paint the streets, or build a playhouse, or create art out of recycled objects; I’ve even modeled my Honors American Literature final around the idea. Art that you stumble upon while running errands, art that makes…

I spent last week bringing a little "Local Flavor" to #Appetizerweek, a multiblogger event complete with cookware/cooking tools giveaways.  Here is a vegetarian appetizer that can be customized with a variety of toppings to add flavorful vegetable options to your game day spread.  We added regrown celery from the garden (I've started more on the kitchen windowsill) but crumbled blue cheese and even cooked chicken would go well with this spicy sauce.…

Why We Choose to Support Local Farms

The Problem With Our Food System - Wendell Berry's wisdom

Comfort food in a pizza?  Of course.  This is just that--shredded, cooked chicken and chunky spaghetti sauce topped with fresh mozzarella on a simple pizza dough. 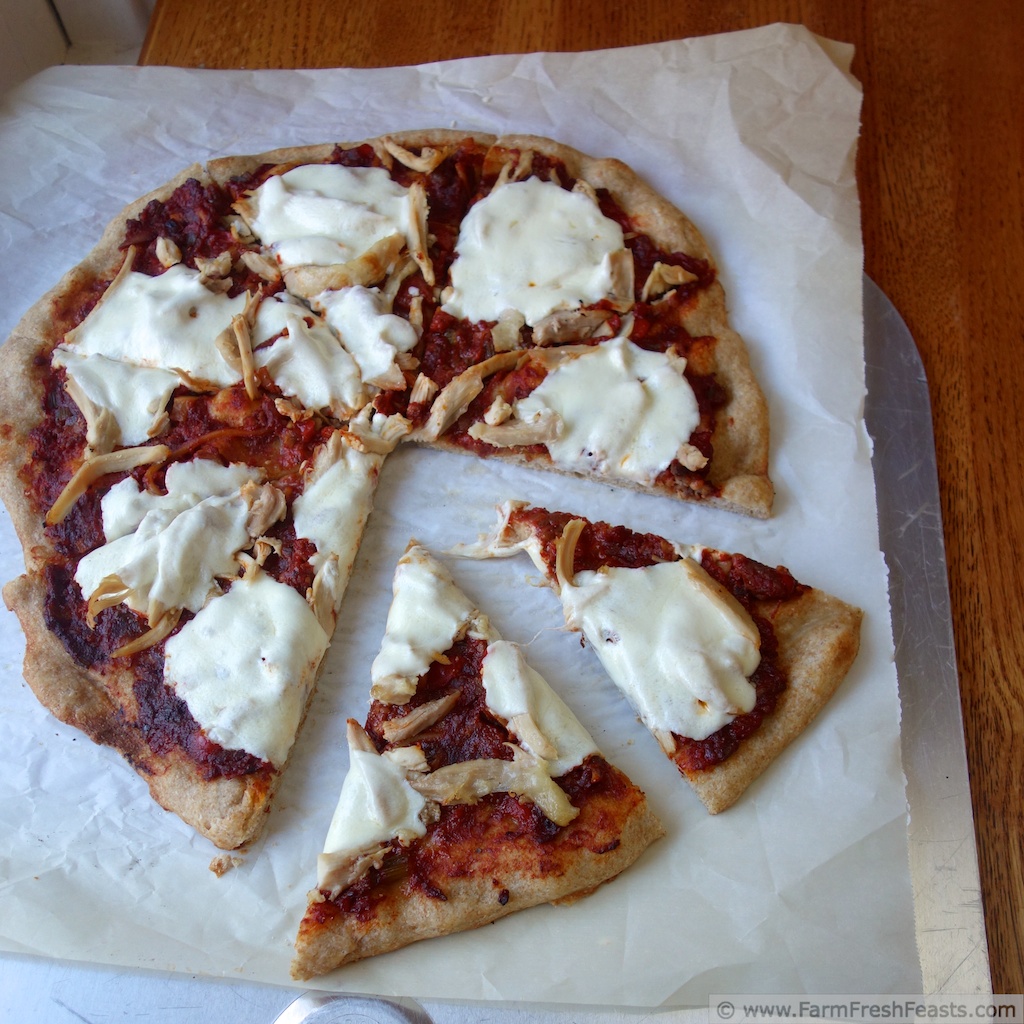 You can find the recipe right here on my… 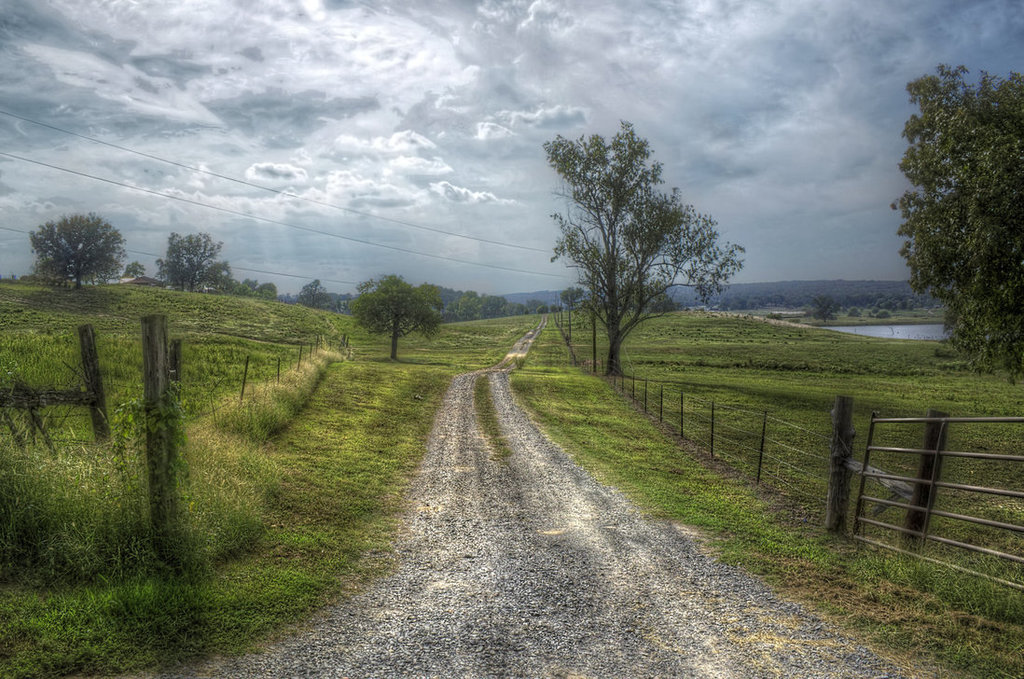 I started baking with sourdough after reading Cooked during the Homegrown summer reading group, and I've resolved to expand my baking repertoire.  This is a chewy, nutty-tasting bun that’s sturdy enough for sandwiches. 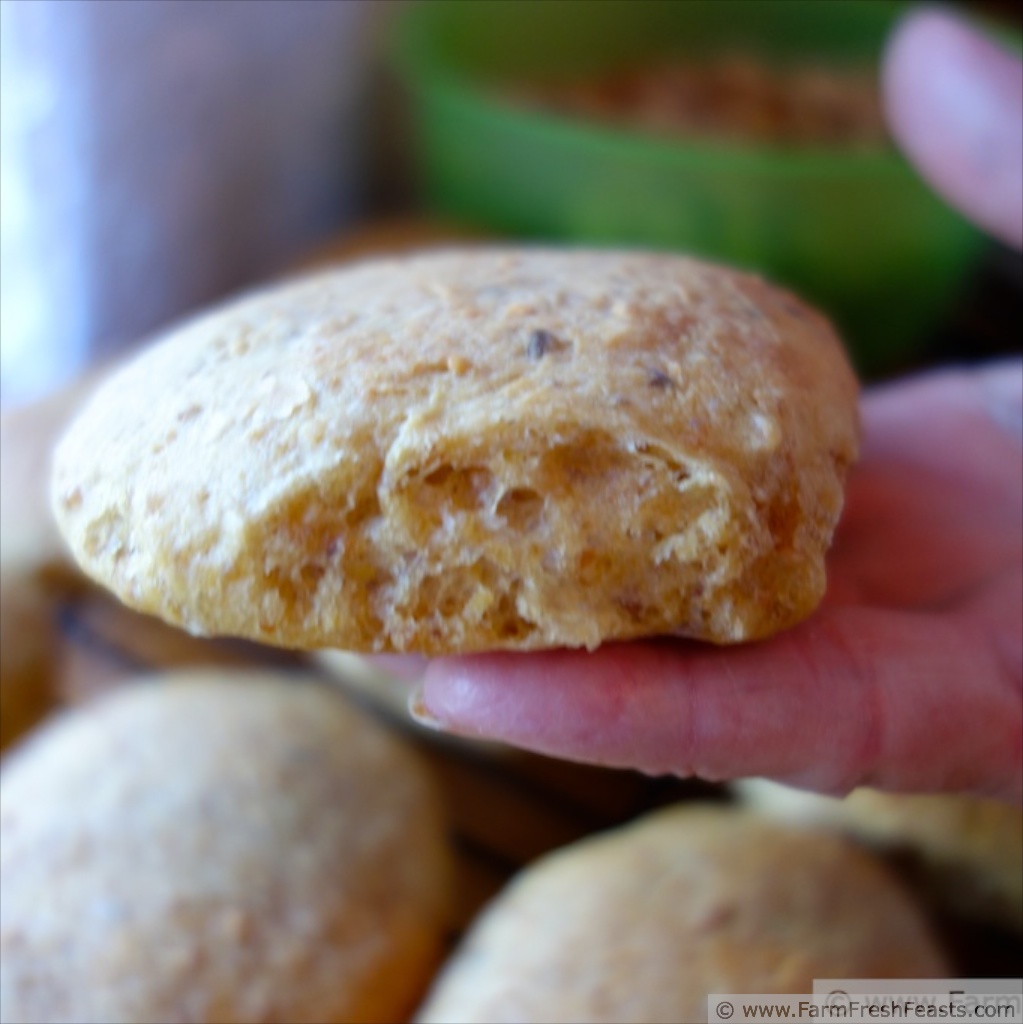 You can find the recipe on my…

Has anyone canned lemon juice with a hot water bath method?

Every February thru April I drive to Phoenix, Arizona and pick organic lemons, grapefruit and tangerines.  I juice them and load my car with around 40 gallons of various juice and drive home to Montana as fast as I can.  I visit my grandson while I am there too.  I canned some grapefruit juice and it turned out ok.  Of course it was consumed within a 3 month period so I don't know if it stays fresh and doesn't brown in the jar.

I usually freeze the lemon juice for use in recipes…

Does anyone have any ideas on how to finish cedar shiplap? 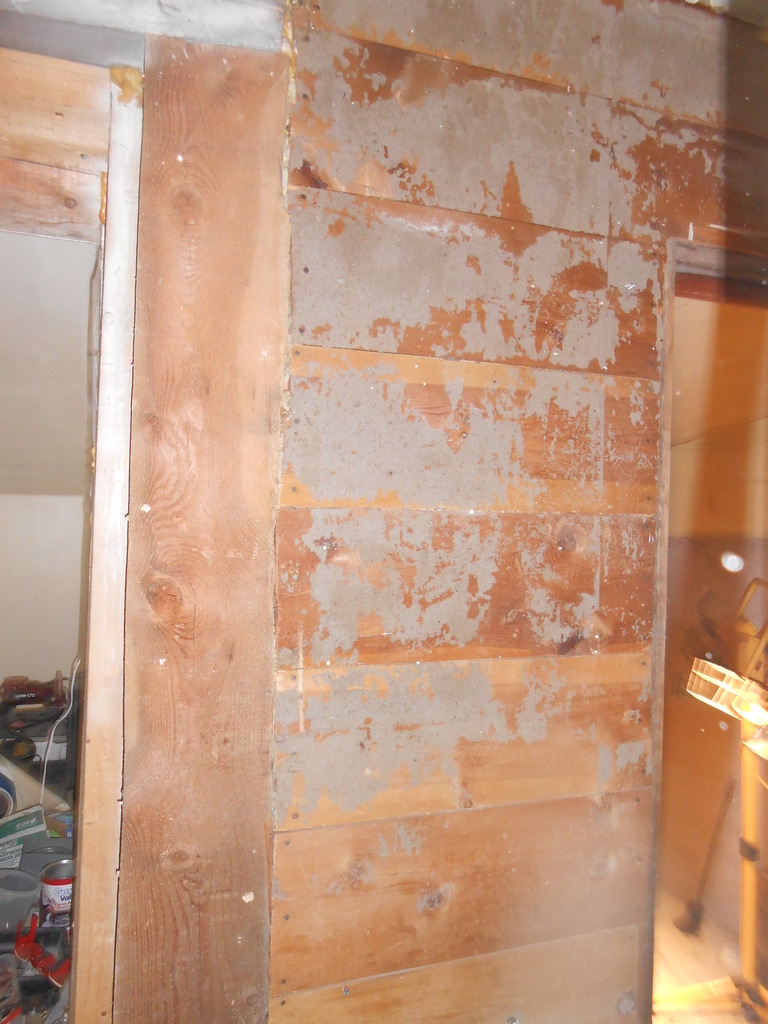 I have a 1930's Farmhouse on my property that I decided to turn into a guest house.  After removing layers of old wallpaper, paneling and fiberboard, I found ship lap in great shape.  The entire main floor is wrapped in it floor, wall and ceiling.  I was told by a contractor that these walls are cedar. The insulation is…

We in Kansas were surprised not to be the coldest and deepest snow, or even the highest wind speed anytime so far this winter. I am used to missing several days of work due to several feet of snow on the roads, and I have lost buildings, roofs of buildings, doors and windows from the occasional 60+ MPH winds in the winter. My sympathies are with the folks catching it now in the Northern Plains, New England, and the Rocky's. It is only been below zero about 4 nights so far, and most of our…

Sautéed mushrooms and kale with cottage cheese on a spicy kale pizza crust make this a great winter pizza. 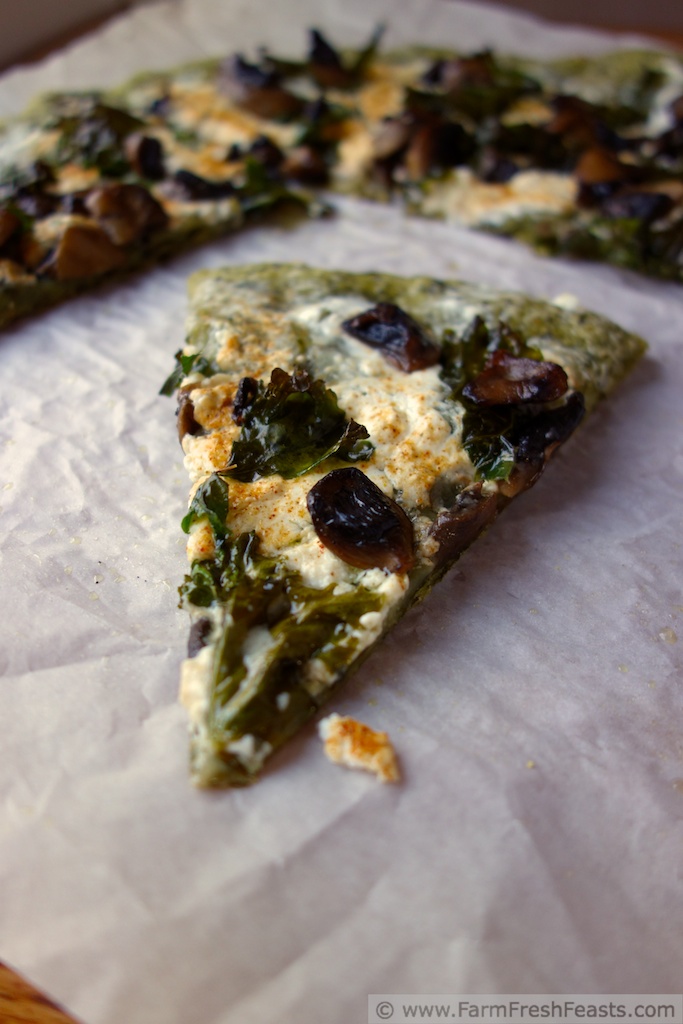 You can find the recipe here on my…

Thanks to a fox taking off two of our hens and then the would-be-butcher never getting back to us, we ended up keeping the six last chickens from what was to be a broiler flock. We now have eight hens and a very loving rooster. Needless to say, that left us needing to either add on to the old coop or gain a new one.…

10 Homesteading Skills Every Child Should Learn 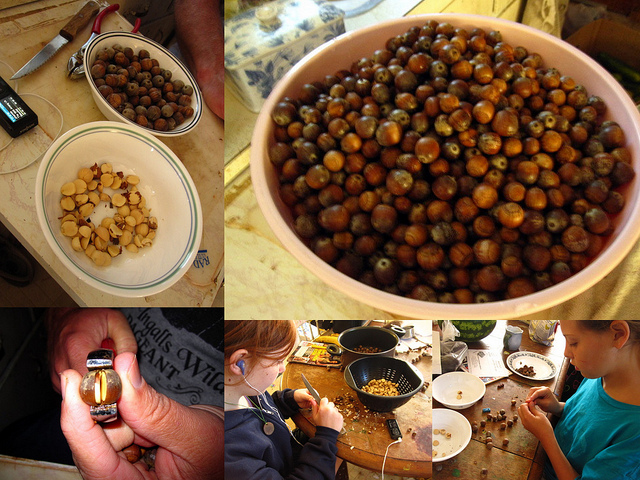 When we prepare our kids for adulthood, there are some skills that will serve them especially well.

When kids learn basic homesteading skills, they get a number of really important advantages in life such as:

Oranges and tangerines paired with honey in a whole wheat and oatmeal muffin--simple, bright, and fresh. 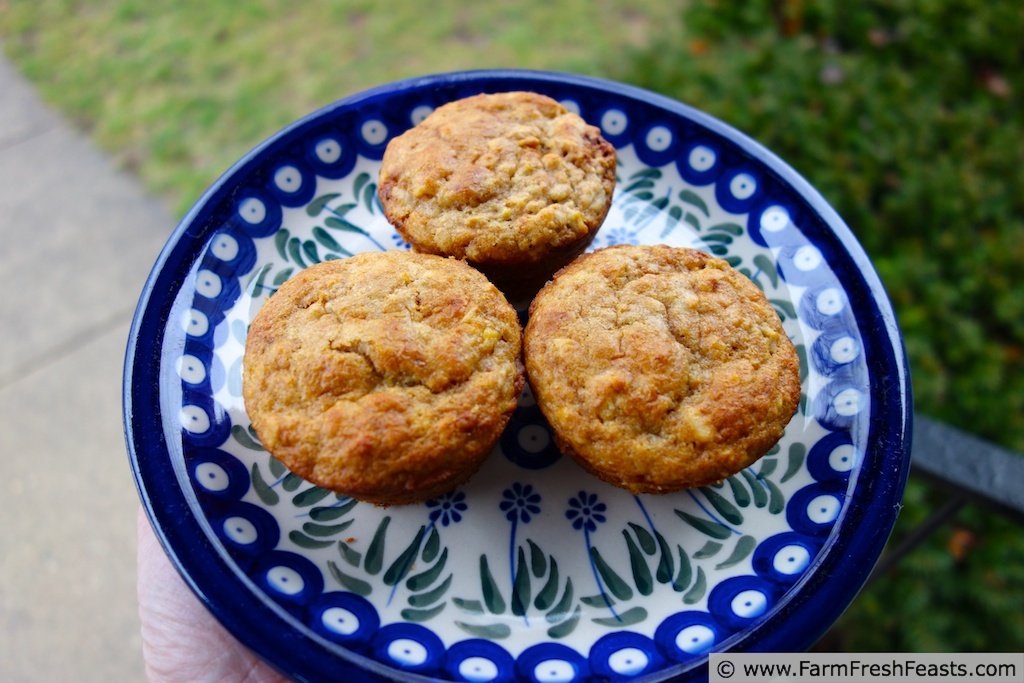 You can find the recipe on my…